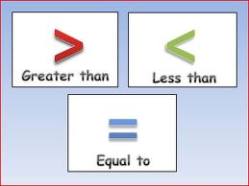 Every day we sin. We all sin. We all sin, whether it’s hating someone or murder. They are the same. The hater isn’t any better than the murderer or the murderer isn’t better than the hater. “Anyone who hates his brother is a murderer, and you know that no murderer has eternal life.” 1 John 3:14-15. No sin is greater than another. There’s no math involved here, hater > murderer, murderer > hater, or any sin liar >    hater. NO! more like sin = sin. Sin is sin no matter what. They are are equally bad. No sin is greater than another. All sins are against God. We are sinners are equal too. I’m not better than you, you aren’t better than me. You may have  been on your Jesus walk a little longer than I have, but by no means does that make you better than I am. Next time someone says they are better than you, just think to yourself, we are all equal. They might have more money, a more expensive car, a better job, bigger house, but that doesn’t mean a dang thing to God. He loves each and every one of us the same, we are all equal.

Verse of the Week

I will sacrifice a freewill offering to you;
I will praise your name, Lord, for it is good.

Check out my self-published book, Fruits: A 30 Day Devotional